The children at South Lawrence Head Start have been lucky to have some very special guest readers recently.  In October, State Representative Clay Doggett, Lawrence County Executive T.R. Williams and County Commissioner Bert Spearman all took their turns reading to the kids during the building dedication.  In January, their guest reader list took a community athletic turn.

David and Ryan Weathers surprised the kids to read to them and take some photos with the class.  The Weathers family is well-known for their community support in Lawrence County.  David and Ryan had their hands full reading a couple of the kids favorite books and the kids were more than happy to help them out while they read.

The Weathers family, while originally from Lawrence County, traveled the country while David played Major League Baseball.  From 1991-2009, he played for a number of teams coast to coast from the Florida Marlins to the Toronto Blue Jays and in 1996 pitched for the World Series Champion Yankees.  The apple did not fall far from the tree with Ryan.  He was drafted in 2018, during the first round, by the San Diego Padres.  Once the family returned to Lawrence County they started to give back in many different ways including partnering with the Lawrenceburg Rotary Club in building an outdoor basketball facility at Rotary Park.  Today the Weathers family continues to make a positive impact in the communities in Lawrence County.

The children at South Lawrence Head Start were fortunate to catch David and Ryan before they headed west to Arizona for the Padres spring training session.  The staff at the center were able to present them with Certificates of Appreciation for their support of the site and continued support of the community. 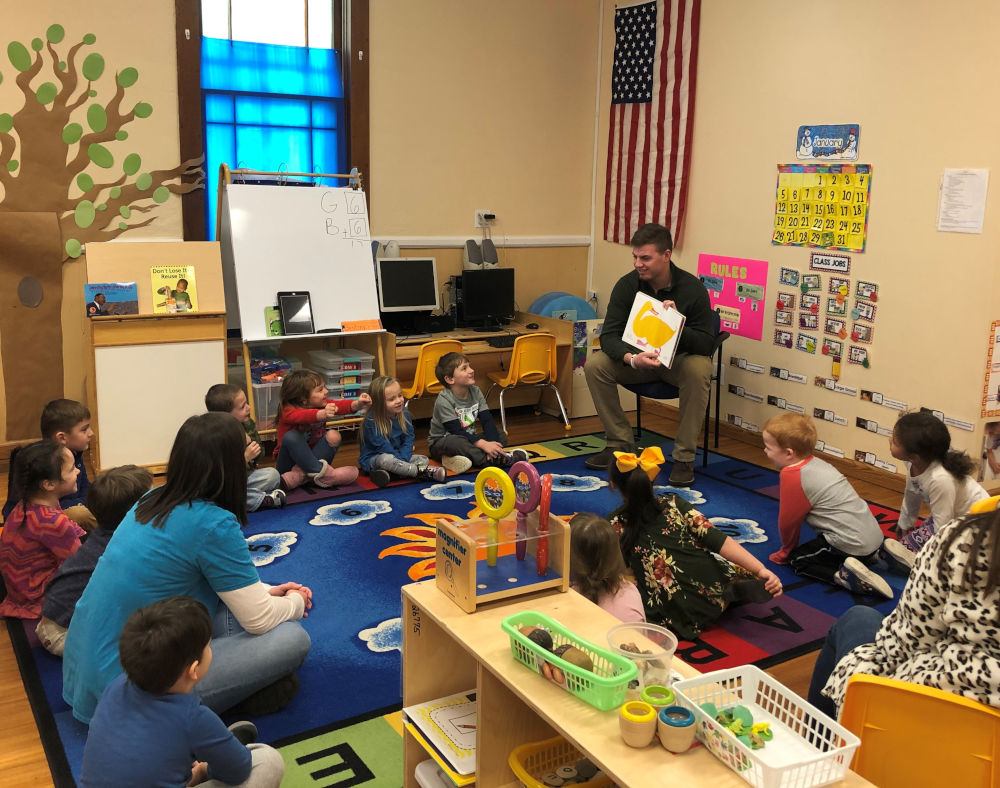 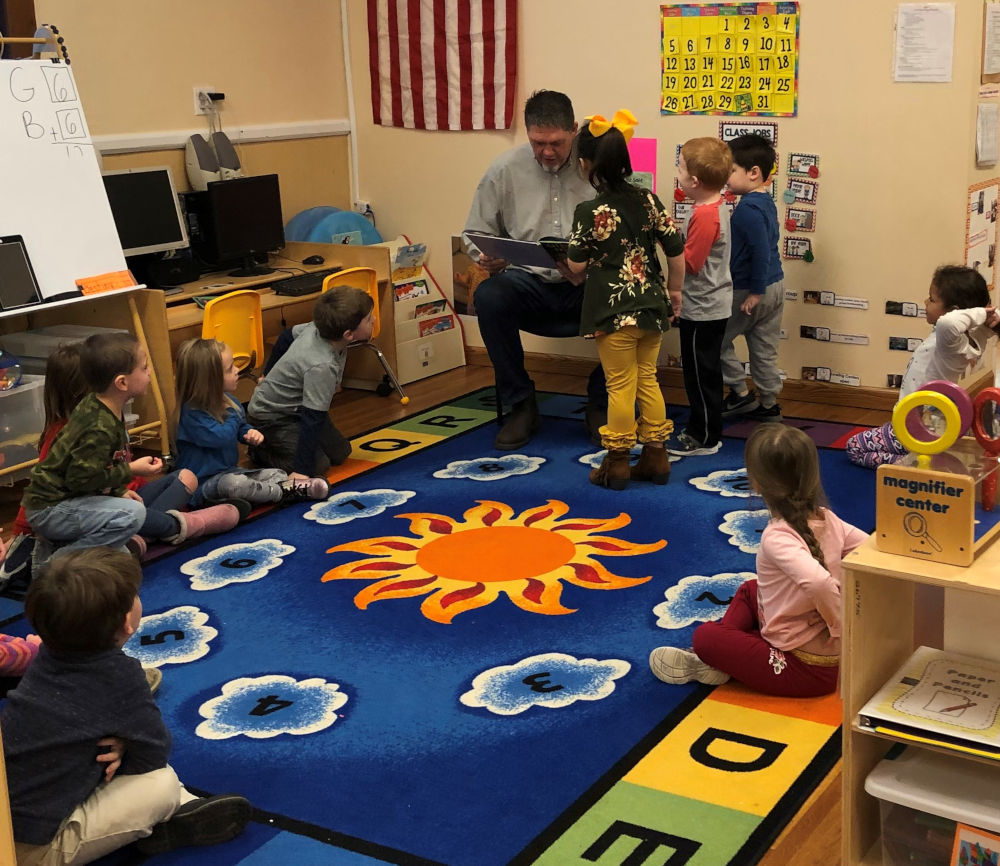 David Weathers continues story time with a book about the alphabet. 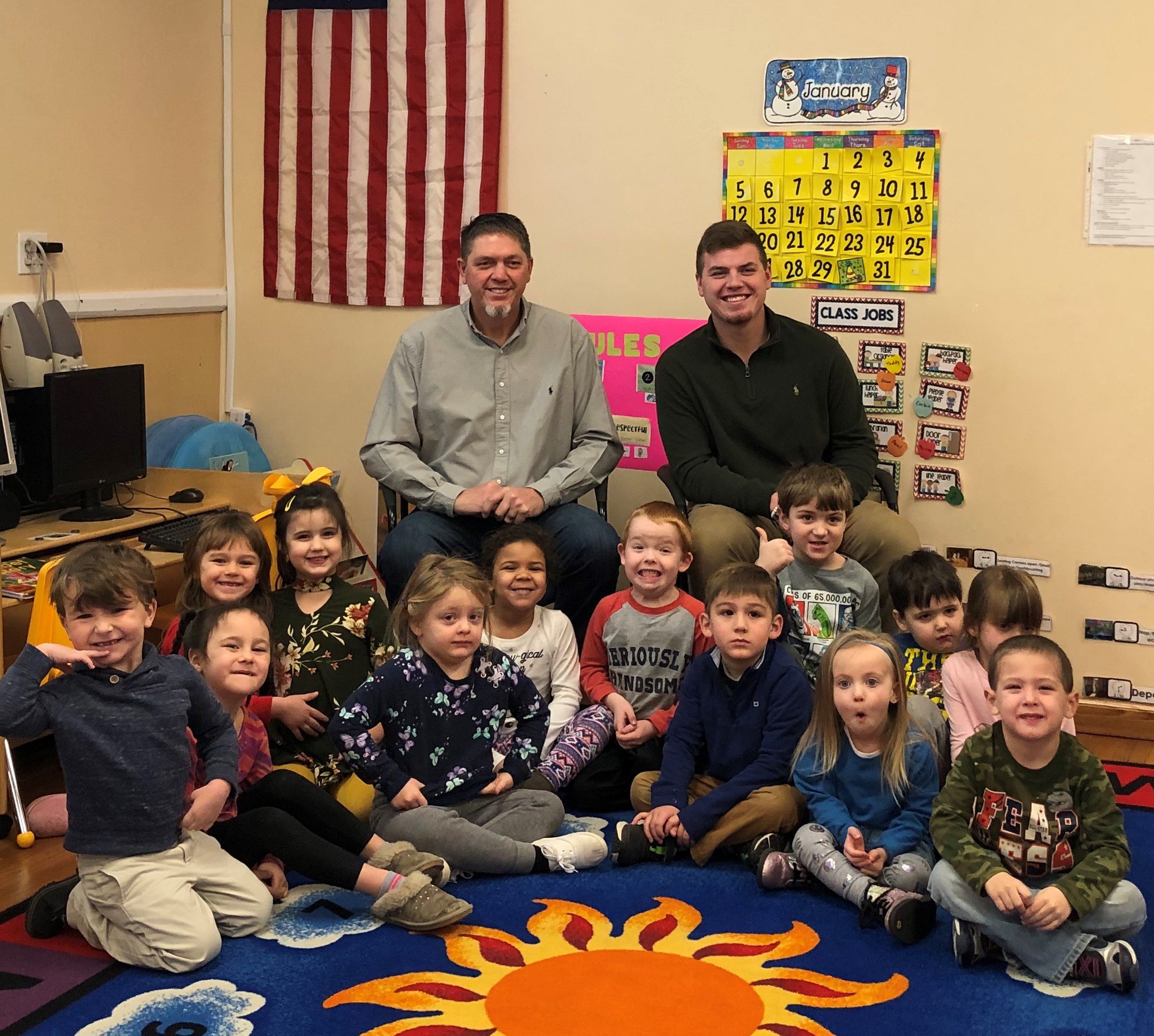 All smiles after a special reading time with David and Ryan Weathers. 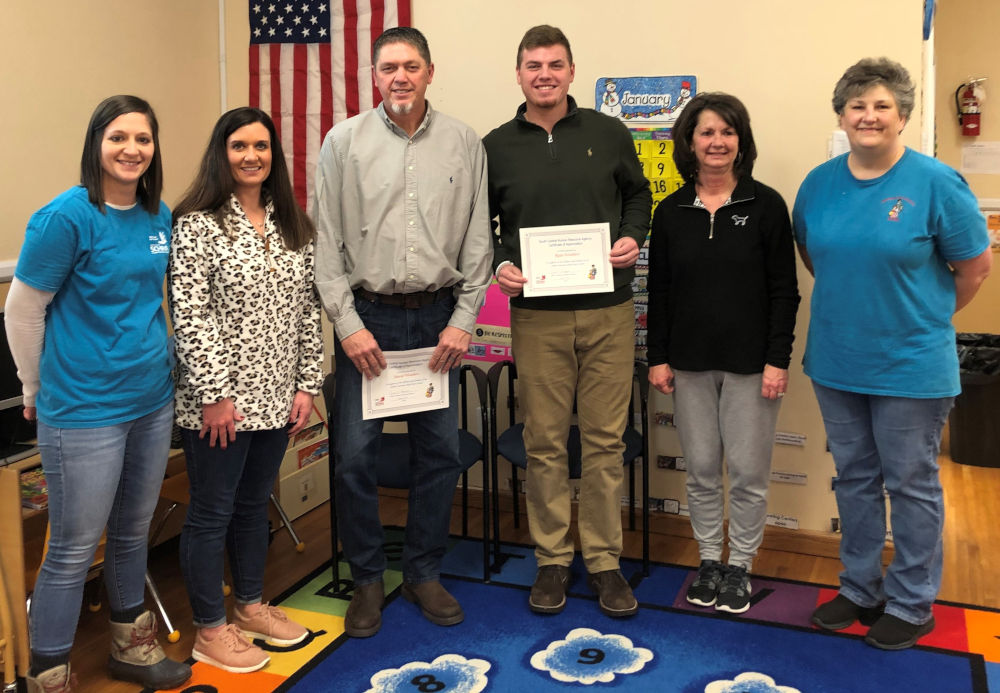 The South Lawrence Head Start staff showed their appreciation for the visit with certificates for David and Ryan.