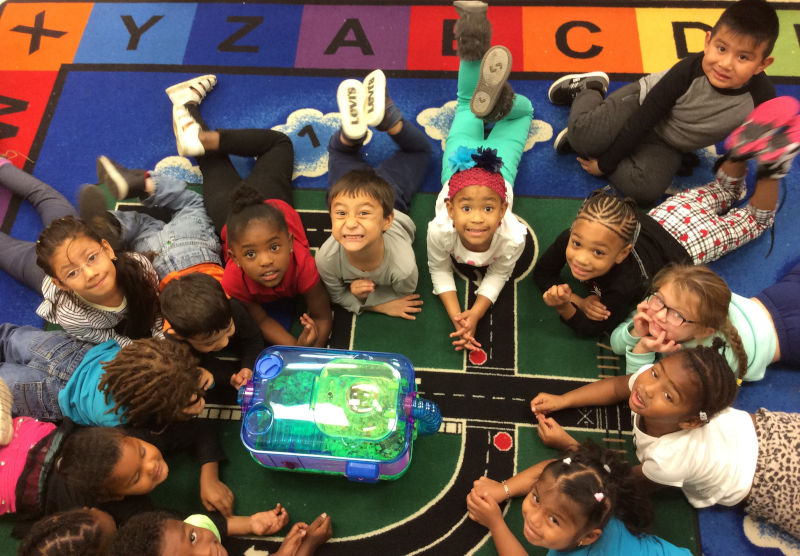 Jennifer Shaffer’s relationship with the Head Start program began when her boys became students. Jennifer’s niece, who she raised since she was three years old also became a Head Start student so this program has been very personal to her and her family. Jennifer started volunteering in the classroom and from there moved into a substitute teacher position. In April of 2002 she was given the opportunity to be a teacher assistant at Columbia Head Start and she took it. That opportunity allowed her to become more involved with the program as she worked her way up to a full teacher position while she worked on and completed both her Preschool CDA and her Associates Degree in Early Childhood Education. She then went from the Columbia Head Start site to the Lead Teacher position at Northridge Head Start where for she worked for three years growing in the supervisory role of the program. Jennifer did not stop there; her next Head Start opportunity happened when she was offered the Site Manager position at Lawrenceburg Head Start/Early Head Start. This opportunity drove her to continue her studies and lead to her being awarded a Bachelor’s Degree in Child Development and Family Relations. Still, Jennifer did not stop there. She spent about four years as the Site Manager in Lawrenceburg, continuing to gain experience, supporting families and promoting her positive influences on the Head Start program. Jennifer continued to advance in the program becoming a Program Coordinator with the overall Head Start/Early Head Start and is now the Lead Program Coordinator. This success story is not only for Jennifer and her family but for the sites and the whole program where she left her positive imprint. In addition to that, this story shines a light on how incredibly smart the HS/EHS program is. When it finds that parent showing the interest and desire, it will take them and work with them to become an integral partner in the overall success of the program.

Jennifer has a unique way of looking at the Head Start program due to the close relationship she developed with different levels of the program starting out as that parent wanting to make sure that her kids have the best educational start possible to making sure that everyone else’s children have that same opportunity for success. She says “Head Start gave my children a chance to be able to learn about diversity and become ready for kindergarten” She also gives Head Start the credit for her determination obtaining her degree saying “ I truly feel that I would have never gone back to school had Head Start not been the force behind me getting back in there”, “I love what the program stands for and that I am able to show the families we work with that they too can do anything they set their mind to”. Thankfully for us as well as the families that she is able to touch with her dedication, she does not see herself going anywhere else to work. Jennifer has been an incredible role model for her boys and her niece. Both of her sons have graduated from High School and now work full time jobs supporting their families. Her niece graduated in 20109 and is currently working on being accepted to the Surgical Tech program with TCATS.