South Central Human Resource Agency, through the Community Corrections Department, supports three Recovery Courts: one in Lawrence County, one in Maury County, and one in Lincoln County.  Even with the current COVID-19 crisis, Stephanie DeMay, Community Corrections Director and Tony Patterson, Recovery Court Program Coordinator, worked hard to make sure everyone stayed on track ensuring successes and support continued no matter what.

We have had our first couple of Recovery Court graduations-- days of incredible joy, pride, and sometimes trepidation.  After all, some of those who are standing up to be recognized for the hard work they put in to be a successful graduate of these programs have previously been at their very lowest.  They were determined to make a better life for themselves and their loved ones.   The judges, attorneys, probation officers, social workers, and counselors all believed in them as well and were resolved to make sure they succeeded.  For many of the graduates, as well as those that are currently in the program right now, this is not where they necessarily saw themselves being.  However, sometimes life gets tough for whatever reason, bad decisions are made, and you end up dealing with the consequences.  The big question is, how will you deal with those consequences?  What path will you take?  Where will you find the determination and the fortitude to make the important decisions to get to the other side a healthier, more positive person, ready to take on the world and make a positive impact for yourself, your family and your community?

Todd Bean, a lifelong Lincoln County resident, has always had a passion for cooking.  Where he is right now is a testament to his determination, sense of responsibility, and love of and for his family.     He is the first person to tell you that he has made some bad decisions; but he knew that those decisions were not who he really was nor were they going to determine who he could or would be.   Todd is a recent graduate of the Lincoln County Recovery Court.  He is also the co-owner of one of Lincoln County’s newest restaurants, Beano’s.  I had the honor of being able to spend a little time talking with Todd about his journey with the program and getting ready to open a restaurant.

Social media along with his natural born talents share responsibility for where he is right now.  He has a pasta dish that he is known for, and after making it, he posted a photo of it onto Facebook.  He got a great response from the photo and ended up taking samples of it to people who had commented.  That photo eventually led to Todd becoming certified for catering.   He started making plates from home, and his food business boomed.   When he got to the point where he was having to turn down business, he realized that he had to get into a commercial kitchen.  You can call it fate, good karma, or just being at the right place at the right time; but right as Todd was realizing that  he wanted to continue to move forward and make a real business out of this, he got a notice that a kitchen and restaurant building was opening up in Park City right on Hwy. 231/431.  It was a great location and opportunity that he wasted no time on.   He called late that night to set up a time to see the building the next morning.  Todd saw his vision in that building and what he could turn it into.  Even though the owner of the building said he should wait, Todd said no, he was ready to get moving on it, and Beano’s was born.

Todd has worked incredibly hard to get to where he is right now, not only with the restaurant but with his work in the recovery program.  He gives all of the glory and credit to God and said that God is the upmost influence in his life.  He told me, “I have tried to change myself, when I first started the program I submitted.”  Once he did this he says he started to see the things he needed to do to be successful, both spiritually as well as with the requirements of the program, which are rigorous.  He told me he was taught structure, responsibility to self and others, and the importance of staying clean.  He learned a lot about himself, too-- his fight with addiction and about his cravings and triggers and how to handle and respond to them.   He said, “on cravings you don’t have to ride the wave but you learn to surf.”  He learned a different route and he changed his friends.  He says that it is not easy, “ but it is easier by following what I’ve learned.”  He also added, “I learned to pause, to realize the drug was the wrong choice, to think through the consequences and realize what can be lost.”

I asked Todd about the people in his life and in the program that he thought made a difference.  The first person he mentioned was his wife Latisa, stating “She has been extremely supportive in all that I have done.”  She is also co-owner of Beano’s with Todd.  Todd has dealt with a couple of different therapists but one made a definite impression on him and that was Katelyn Armstrong.  He said she was different, “she made me face some things.  Even when things got heated she stayed with me – even when I was stubborn.  She gave me closure, she made me talk.”  Todd also mentioned Tony Patterson, the program coordinator.  He called him Superman, “ you know he is there for you, you can’t pull anything over on him, you can rely on him and can call him any time.”  He wanted to make Tony proud, he wanted a great report at each Recovery Court meeting.  Finally, he mentioned his mom and dad.   Regarding his mom he said, “back then, everything she said I listened to but not really listened”.  Today so many people tell him that now his mom is looking down on him and saying “my baby got it”.  He says this with a huge amount of well-deserved pride and happiness.

Now as if all of this does not seem like a mountain to climb, try having a restaurant grand opening days before the State goes into lock-down over COVID-19.  Todd dealt with it all in stride.  He had a great, well attended ribbon cutting on March 19th.  Once the shutdown was in effect he like most other restaurants, went to pick-up and delivery only.   Since that is where Todd started this was not about to hold him back and was an easy transition and the restaurant did not skip a beat.  I was so happy when I was able to visit for lunch and see that his success is continuing; that and I was able to have a great meal.

Todd had to miss the actual graduation ceremony because it happened at 11:30 and well, he was running a restaurant.   However that did not stop Tony and the rest of the group from making sure that he received the recognition of a job well done, they just went to Beano’s for lunch and celebration.  Todd’s final words were about his future, “these same principles, I will continue to apply to whatever I am doing.”  Congratulations to Todd and to all of the recent graduates of this Recovery Court. 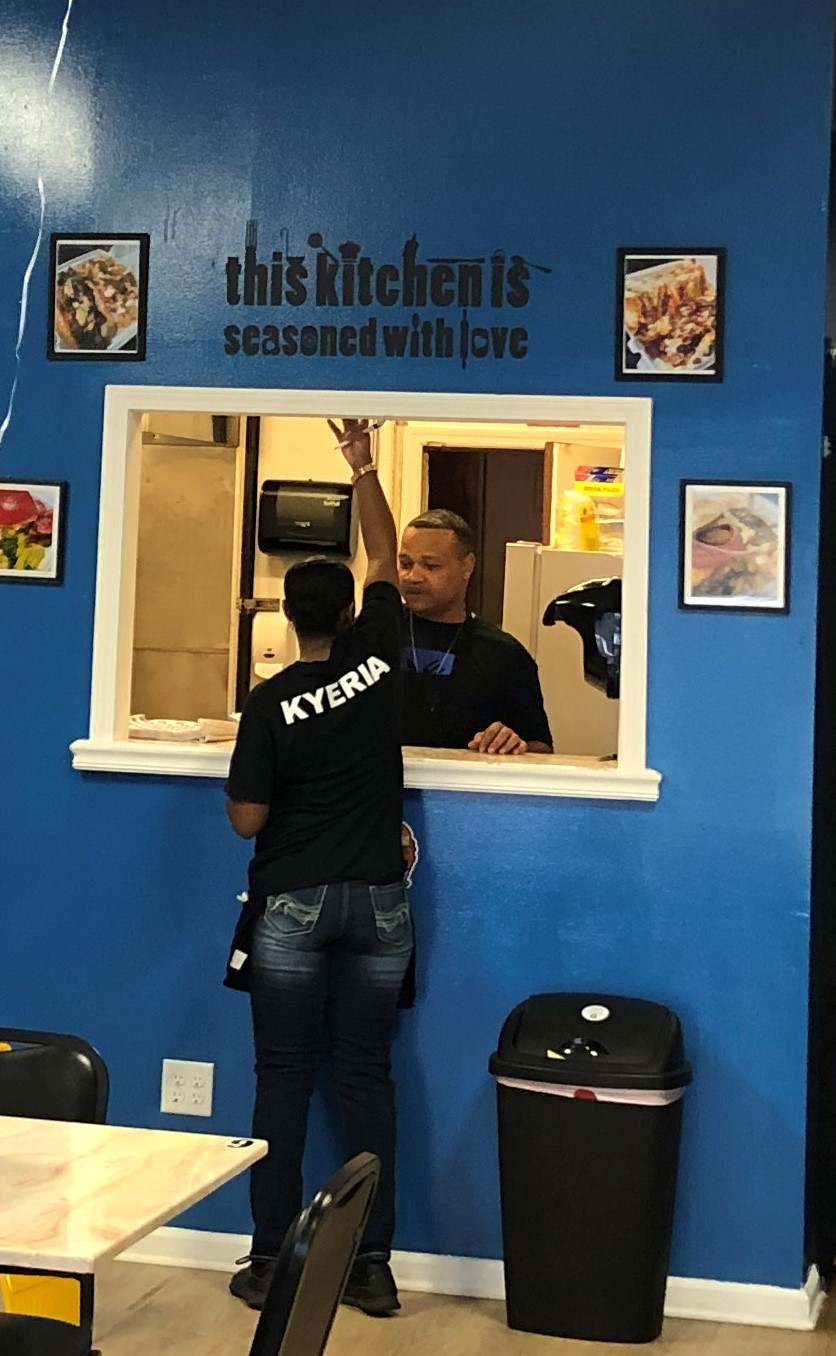